In Memory of Jack Vance

It seems to me that many have not yet heard that over the weekend we lost author and D&D inspiration Jack  Vance.  From http://www.jackvance.com/:

"Jack Vance passed away at home on the evening of Sunday May 26, 2013, ending a long, rich and productive life. Recognized most widely as an author, family and friends also knew a generous, large-hearted, rugged, congenial, hard-working, optimistic and unpretentious individual whose curiosity, sense of wonder and sheer love of life were an inspiration in themselves. Author, friend, father and grandfather – there will never be another like Jack Vance." 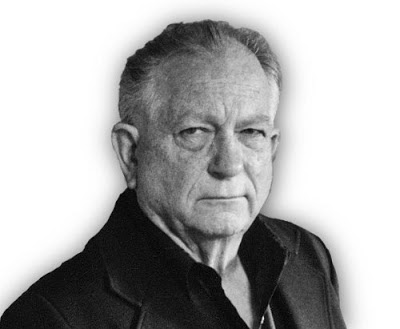 It seems a bit of a shame that we have lost to of the great influences on old school gaming at once.  Harryhausen and not Vance.  You can write a memorial to Vance here.

Well, it is Saturday afternoon. Our grand total for the blogfest was 19 Posts in the Blogfest! You can read them below.  Really it wasn't so bad considering that I gave everyone less than 48 hours notice!

The Other Side blog

From the Sorcerer's Skull

Tales From the Flaming Faggot

Bat in the Attic

Once More Unto the Breach

It is a famous scene in the film and may have influenced the way that fantasy and gaming handle the un-thinking  undead in general and skeletons in particular!  We all remember Harryhausen's skeletons from Jason and the Argonauts well. They were summoned up by Aeëtes who sowed the teeth of the hydra, slain by Jason, after praying to Hecate to help him get his revenge for the theft of the Golden Fleece.  If you are reading this, I would say that the scene that followed provided much inspiration for games early in your life in which PC's battled against skeletons.  So here, in honor of the late Ray Harryhausen, I give to you instant necromancy in the form of the Teeth of the Hydra! 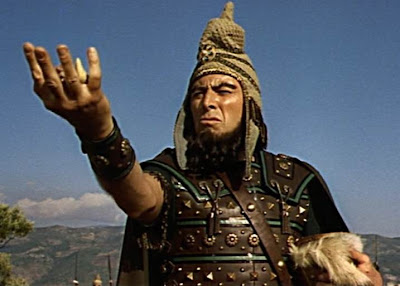 Teeth of the Hydra

It is known that there are rites which can garner the aid of certain dark deities to enchant the teeth of a hydra, slain by man, that they might be sown and grow into skeletons that may serve the ritualist.  A powerful magic-user might discover these secret rites.  However, it is said that many such teeth already exist, forgotten in the world.  Anyone who discovers these can cast them to the ground in the hope of gaining undead servants.  If the teeth are found, rather than created, there will be 1-10 such teeth.  When the teeth are thrown to the ground they will wriggle into the soil like worms.  Within one round skeletons will claw their way out of the earth.  These skeletons will be ready to fight upon the second round of their existence. The skeletons spring from the ground armed with scimitars or short swords and shields. 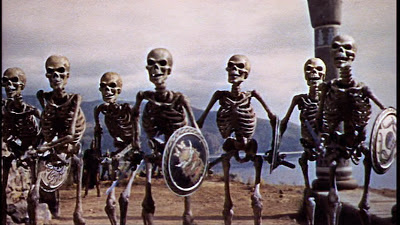 Alright everyone.  As most of us are aware Ray Harryhausen passed away on May 7th.  As many of you know, I am hosting a blogfest this Friday in his memory.  You can write up anything you like for him, the inspiration of his work in gaming stating up one of his creations (monsters or anything that appears in a movie  he worked on.)  If you would like to take part, please email me at treewytchATyahooDOTcom.  Send the name of your blog, your content and a link to the blog.  I will do my best to get a series of links up by Saturday.  If we can get enough good articles and I can get the proper help (I'm looking at you Greg Gorganmilk) I would like to put them into a LLB style PDF as a Ray Harryhausen supplement.
Posted by Ryan J. Thompson at 5/08/2013 12:50:00 PM

R.I.P. Ray Harryhausen - A Way To Honor Him 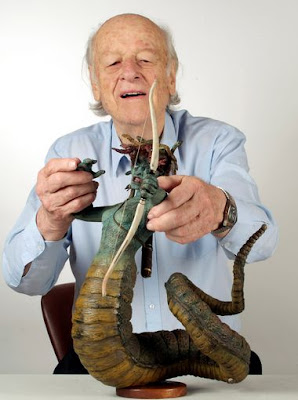 I am sad to report that today, we have lost Ray Harryhausen at the age of 92.  This was a man who made up a great portion of my "younger self's" Appendix N.  Clash of the Titans and Sinbad informed me of how games should be, at least as much as any Conan story or Lord of the Rings.  I highly doubt that there are any in the OSR that won't be able to say the same.  The skeletons he created for Jason and the Argonauts informed me of exactly how a skeleton should be in an RPG!  There were also many adventures in my youth based heavily upon scenes and locations from both the Sinbad films and "Clash of the Titans."  His loss is nearly as great to old school gaming as that of Gygax or Arneson!  So let's remember him.  I say that we make this Friday the OSR Harryhausen blogfest!