The next few inspirational posts (now called Appendix Nspiration, see what I did there?) will be devoted to the art of Michael Whelan. The first of these is truly drawn form Appendix N. Michael Whelan did a series of iconic covers for Michael Moorcock's Elric novels. Many of these are also recognizable by fans of 70's and 80's Metal, as they were picked up as album covers.
Elric himself holds a special place for me (though I presume this to be true of many old school gamers.) I have always identified strongly with the forlorn albino sorcerer, emperor of his people. He wasn't of the best health, needing special medicines to survive, when first we meet him. When I first read Elric of Melnibone I was young, and rarely in the best health. I was out of school several times a year for more than a week at a time with all manner of illnesses. I had an interest in the spiritual, the occult and all things fantasy. This character strongly appealed to me. Because of my interests, I was not looked on favorably by family or many of my classmates (though I had several loyal friends. Another common factor with this character. Elric's views were different than the dark society from which he sprang. My views were quite different from my peers as well. As I said, I strongly identified with this albino sorcerer. I love his exploits, and they shaped much of my early roleplaying experience, as much, if not more than Tolkien and Lloyd Alexander (more on these at another time.)
I was exposed to the art of the Brothers Hildebrandt at a very early age, though it wasn't until I was twelve that I truly began to discover (and devour) the are of Michael Whelan. Much of his art shaped my gaming at the same time as I was discovering Moorcock. So, it is that I give you a combination of the two, in today's Appendix Nspriration. 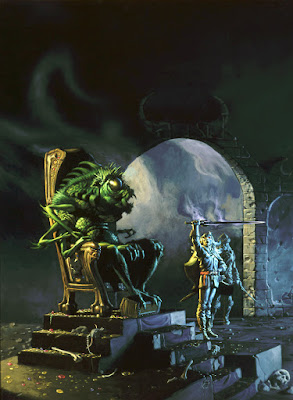 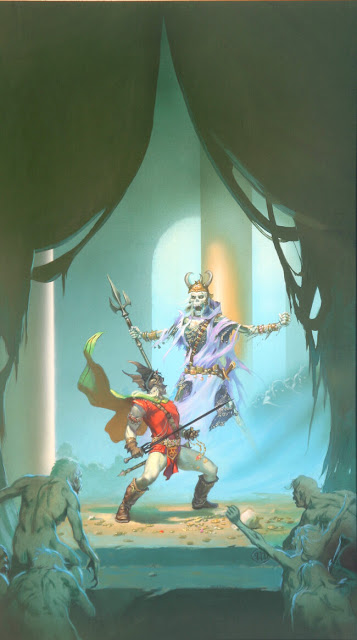 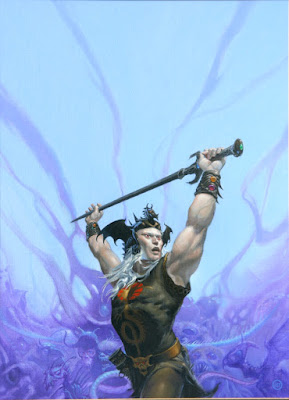 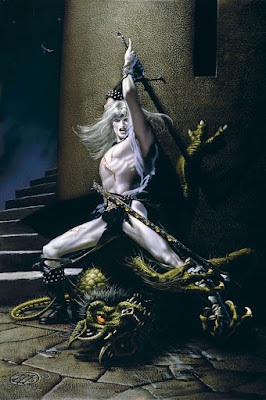 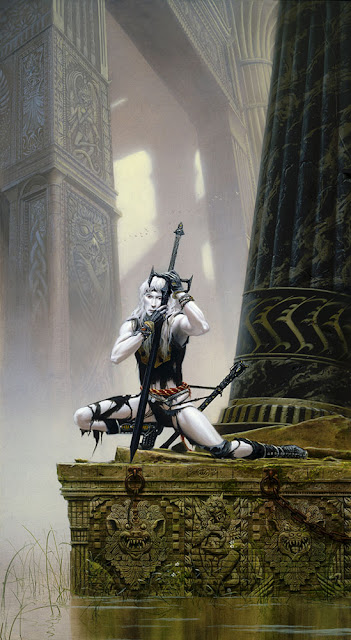 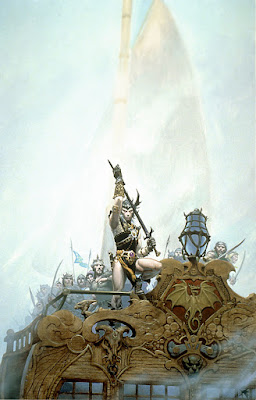 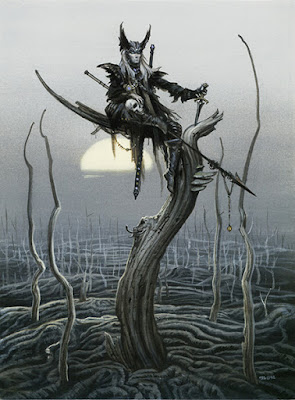 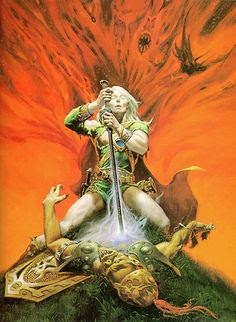 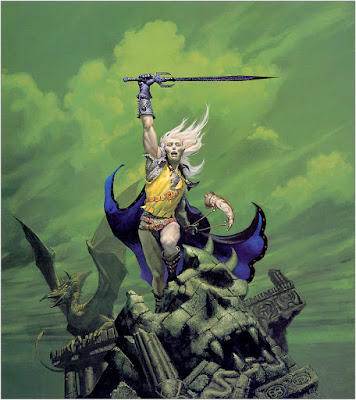