The Legend of Le Nain Rouge

In honor of the anniversary of the founding of Detroit on this day in 1701, I give you a folklore article that I wrote some time back for a magazine in Britain.  Gamers should enjoy this tale! 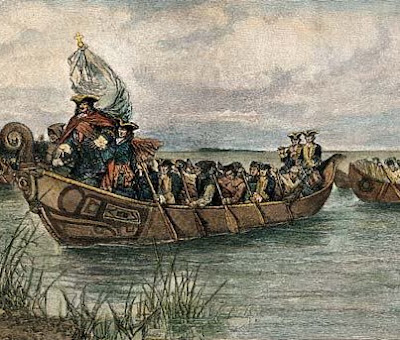 “You are invisible when you like it; you cross in one moment the vast space of the universe; you rise without having wings; you go through the ground without dying; you penetrate the abysses of the sea without drowning; you enter everywhere, though the windows and the doors are closed; and, when you decide to, you can let yourself be seen in your natural form.” - Le Prince Lutin, 1697